Our school (of the arts) featured this project in an article:
https://exposure.hku.nl/verhaal/4271358/over-mutsen-mindsets-en-een-knuffel-met-een-verloren-been (Dutch)
The project has been nominated for the ‘Cinekid Golden Guppy Media Award’, an award for media products suitable for children, and has received an honourable mention for this award.

A third into the project, we had lots of bits and pieces of knowledge, all related to the general direction we wanted the game to go in. However, a specific, clear vision of what we were trying to achieve with the game was lacking.

I analysed the information we had and defined a single goal for the game, and went on to identify how every piece of information fit into this overarching goal. I visualized these relationships in a onepage (seen below), pointing out areas we needed to explore further. 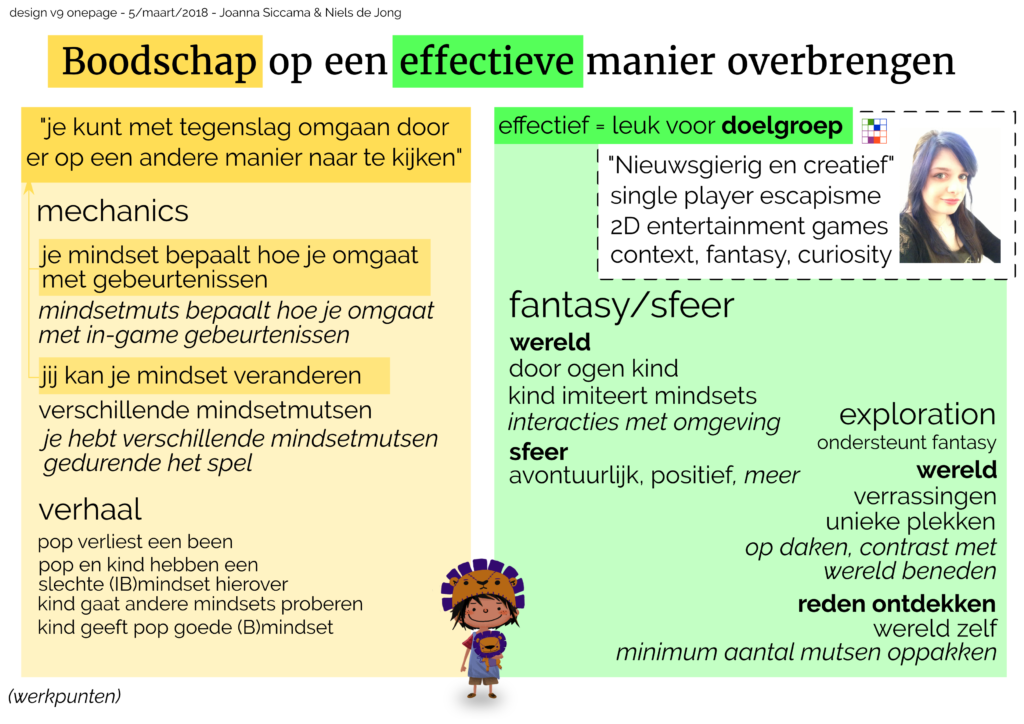 analysis of the game as it is now, relationships between different elements and what elements still need to be improved 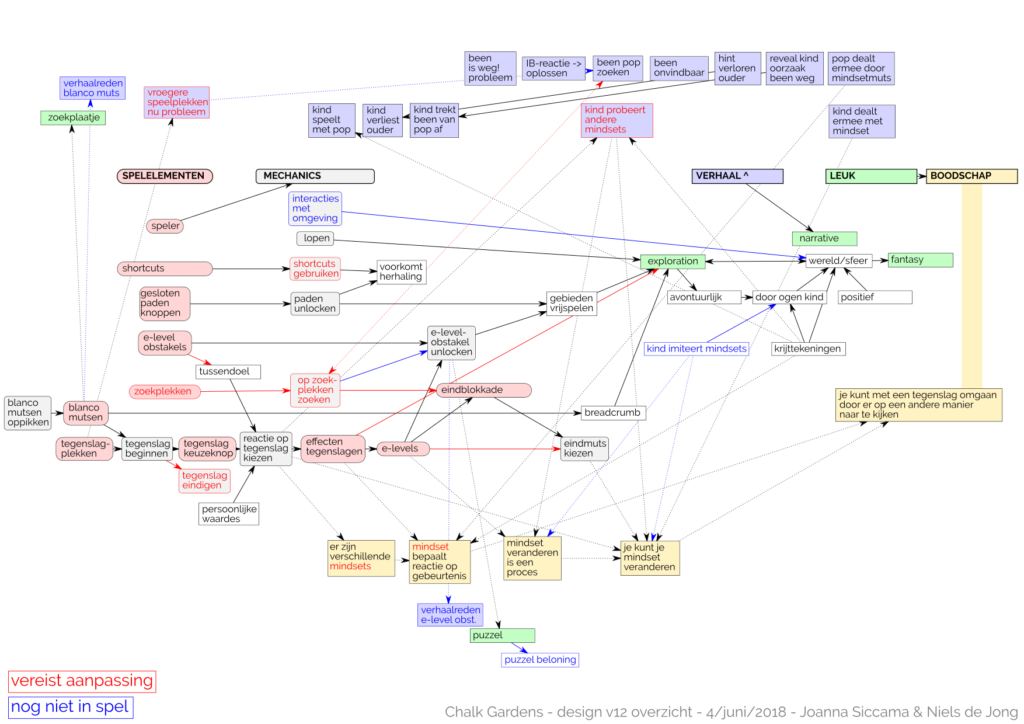 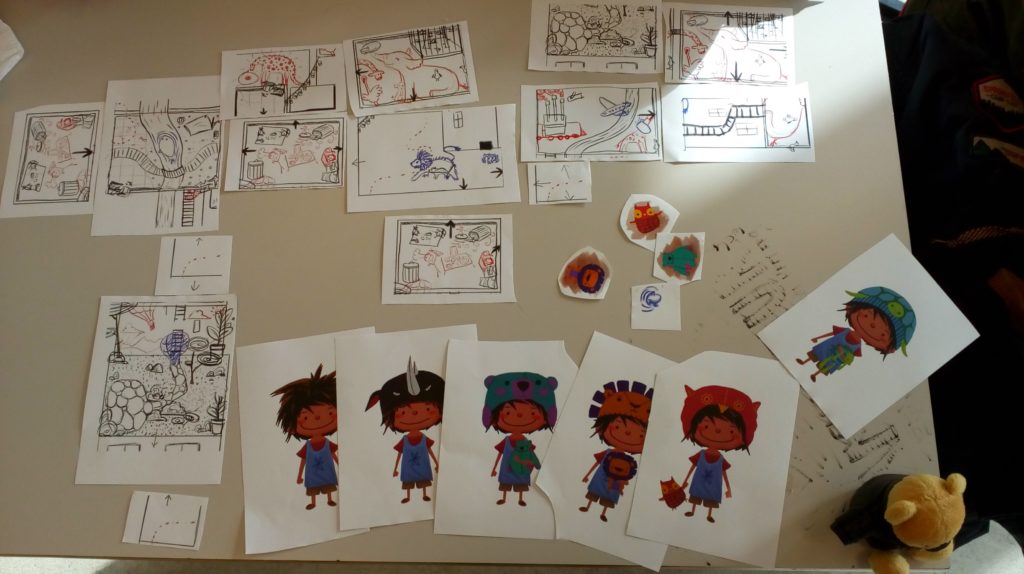 More design information, as well as the design process

try to translate the concept of ‘positive reframing’ to an entertainment game that conveys a deeper message through its mechanics.

Complete, if unpolished, entertainment game that conveys its message through both mechanics and story.

Was nominated and received a special mention for the Cinekid Media ‘Golden Guppy’ Award. (press release)

Project was highlighted and used for promotion of all graduation projects

I should have managed the (design) goals of this project better, as it would have allowed us to create a more focused and thereby more powerful game.

Keep paper prototyping for longer when you’re both designing and programming, because digital prototypes eat up all the design time.

Our process was straightforward at a glance, but complex in the sense that we were trying out and improving on a lot of different ideas and elements.

By generating new ideas and prototyping those, we were able to slowly create a unique space the game could fill. This space was carved out first by trying to convey our message through the mechanics, and later by supporting the mechanics by creating a world and narrative in which you could use these mechanics meaningfully.

A lot of times the process felt like a balancing act between the two different goals of accurately modeling how it can feel to gradually break out of a certain mindset and making the experience of playing the game a fun, positive one. Though it wasn’t necessary to make the game fun or positive, it was a condition we had set for ourselves, to stay away from more horrorlike experiences.

We defined our design goals and how we wanted to run the project.

Then we started generating concepts that we thought would be able to fulfill our design goals. In this we took a mechanics-first approach, because one of the goals of the project was to try to convey a message through mechanics alone, so we wanted to have a strong core mechanic.

By then what we were working with had become very much like a puzzle. I had intended the game to be a more open-ended, sandbox-like experience, and we created a digital prototype to try and capture the sense of exploration.

This worked but the digital prototype had many flaws as well. To be able to quickly try out different ideas, we went back to paper prototyping, and performed the above-mentioned balancing act by trying to integrate exploration with the story the mechanics were telling. After lots of prototyping and by looking back at our research we were able to reach something that more or less worked.

We started building this digitally, because we knew a lot of the work and time was in translating our paper prototype to the digital medium, providing the feedback mechanisms necessary for understanding what the game was doing and to tell players how they were influencing it.

After numerous iterations we’ve reached the current state of the game: something that achieves a lot of things to some degree, but is maybe not the most focused it could have been.