About halfway into the project, we had integrated so many design guidelines and gameplay mechanisms into the concept, that we lost sight of the core value of our game. I decided, in cooperation with my co-designer, to side-step our current goals and design goals and take time to find back the value of the game. We then strengthened this value (the uniqueness of the characters, in both art and dialogue) by building a “chunks” structure around it, based on interest curves. These “chunks” structured how we approached the latter half of the project.

persona created based on research using our game 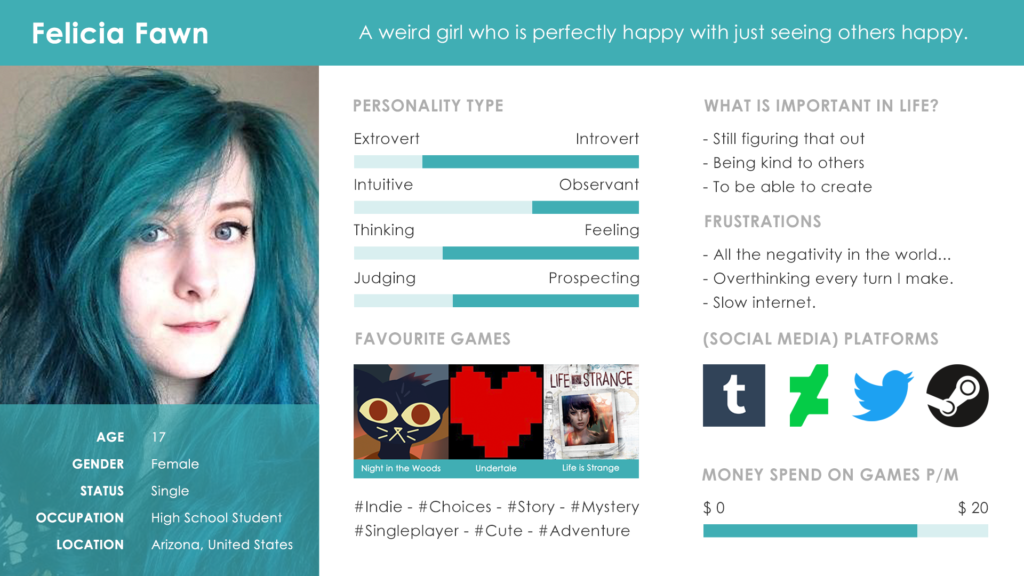 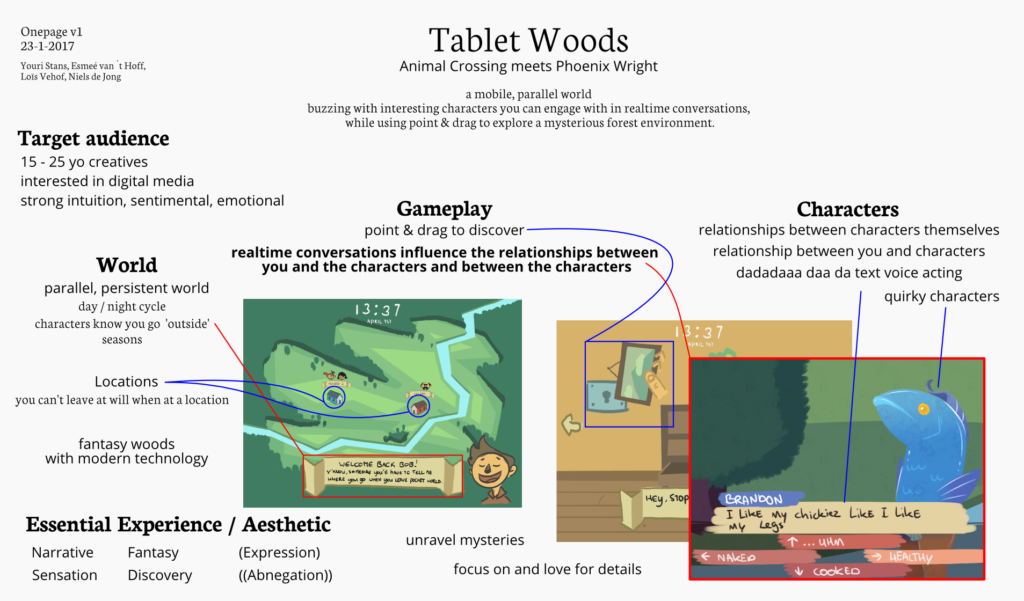 use SCRUM evaluation techniques in a non-SCRUM team process

a vertical slice of a complete game, with many points that need to be improved, plus an accurate view on our target audience

check everyone’s ideas about how to design a game, because not everyone designs with a target audience in mind / at all

only create prototypes to answer questions you have (also, if you don’t have questions to prototype, that’s a warning sign)

map out the skills and personalities of team members, and explicitly create responsibilities to fill gaps

This project had to be pitched and approved first. We created an elaborate concept, and used the following weeks to start building parts of this concept and get some initial reactions. However, because we had created such an elaborate concept, we had a hard time finding the core of what we wanted to achieve. Moreover, the team was (subconsciously) divided about what direction to take the game in. This confusion came to a head about halfway into the project. At this point, we had a bloated concept and we had created several prototypes that we had not really tested, because we didn’t know how we could use the results. We spent a week finding back the core value of the game we wanted to create (the characters, both in art and dialogue), and built a “chunk” structure around this value to really put this unique value in a good light.

This “chunks” structure was modular and allowed us to fulfill our initial goal of creating a vertical slice of the complete game.

We used this vertical slice for getting an accurate view of our target audience as well as getting feedback we could use to improve the vertical slice.

We then jointly decided to stop this project, because our opinions on how to further develop the game differed on a too fundamental level.

stopped end of may

Around the Creek blog (tumblr.) (709 downloads)